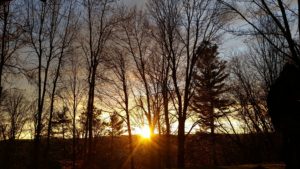 As each of these bitter thoughts and resolutions resurface in my mind, I surrender each of them to you Lord Jesus. If ever anyone had the right to withhold Grace from those who treated you hatefully you did, but you always asked for mercy.

It is so easy to judge, even to be horrified by at friend’s actions and not see them through eyes of compassion. We have a friend who did not want to take her mother in as she was declining. What we did not know was that after her mom had suddenly declined and lost her mobility, and then her speech, our friend and her sister had to take care of her 24/7. This was really traumatic for them all and their mom died not long after. Years later I found out about this full time 24/7 care she provided and now I get it. But as this person prefers to stay light when with her friends, she only hinted at her difficulties. As a result we never asked her how she felt or even to share more of the details, but we did with excitement and enthusiasm tell her about Jim and Doris living with us and how good it was for them. As a result, we never got to understand the pain she went through and when we found out, we were pretty horrified. I only realized all this when I saw the compassion she felt for me in my current situation with my mother-in-law, how she wanted to reach out and help. It is so hard for the God of love to flow through us when our hearts are not open because of judgment. This is why Jesus told his followers not to judge! Now that I have suffered through a long stretch of 24/7 caring, with a lot more support than she had, I find myself much more compassionate.

Lord have mercy on us for our presumptive sins, for our failure to see others through your eyes. Give us the grace to feel our own weaknesses, to accept the love you have for us just as we are and to see the suffering in others rather than judging their performance. Thank you for waking me up each morning with another of my weaknesses or mistakes to consider as I walk with you through the darkness I’ve been experiencing.

Each person’s journey is unique, not all caregivers are overwhelmed, but all need support in their journey with their loved one. If you are a caregiver or know someone who is a caregiver, there are many resources available. For more information, please contact us directly at www.stonebridgehaven.ca/contact/.

For those wanting to read further on pride and judgement as impediments to moving forwards through or perhaps towards the Dark Night of the Soul, I am appending a selection from John of the Cross. As I read this, I smiled at descriptions of others I know and squirmed when the point came to close to home, for we all have egoic needs – the need to feel good about ourselves – and thus we all indulge in this “saving ourselves” rather than picking up our cross and following him.

“AS these beginners feel themselves to be very fervent and diligent in spiritual things and devout exercises, from this prosperity (although it is true that holy things of their own nature cause humility) there often comes to them, through their imperfections, a certain kind of secret pride, whence they come to have some degree of satisfaction with their works and with themselves. And hence there comes to them likewise a certain desire, which is somewhat vain, and at times very vain, to speak of spiritual things in the presence of others, and sometimes even to teach such things rather than to learn them. They condemn others in their heart when they see that they have not the kind of devotion which they themselves desire; and sometimes they even say this in words, herein resembling the Pharisee, who boasted of himself, praising God for his own good works and despising the publican.

In these persons the devil often increases the fervour that they have and the desire to perform these and other works more frequently, so that their pride and presumption may grow greater. For the devil knows quite well that all these works and virtues which they perform are not only valueless to them, but even become vices in them. And such a degree of evil are some of these persons wont to reach that they would have none appear good save themselves; and thus, in deed and word, whenever the opportunity occurs, they condemn them and slander them, beholding the mote in their brother’s eye and not considering the beam which is in their own; they strain at another’s gnat and themselves swallow a camel.

Sometimes, too, when their spiritual masters, such as confessors and superiors, do not approve of their spirit and behavior (for they are anxious that all they do shall be esteemed and praised), they consider that they do not understand them, or that, because they do not approve of this and comply with that, their confessors are themselves not spiritual. And so they immediately desire and contrive to find some one else who will fit in with their tastes; for as a rule they desire to speak of spiritual matters with those who they think will praise and esteem what they do, and they flee, as they would from death, from those who disabuse them in order to lead them into a safe road – sometimes they even harbour ill-will against them. Presuming thus, they are wont to resolve much and accomplish very little. Sometimes they are anxious that others shall realize how spiritual and devout they are, to which end they occasionally give outward evidence thereof in movements, sighs and other ceremonies; and at times they are apt to fall into certain ecstasies, in public rather than in secret, wherein the devil aids them, and they are pleased that this should be noticed, and are often eager that it should be noticed more.

Many such persons desire to be the favourites of their confessors and to become intimate with them, as a result of which there beset them continual occasions of envy and disquiet. They are too much embarrassed to confess their sins nakedly, lest their confessors should think less of them, so they palliate them and make them appear less evil, and thus it is to excuse themselves rather than to accuse themselves that they go to confession. And sometimes they seek another confessor to tell the wrongs that they have done, so that their own confessor shall think they have done nothing wrong at all, but only good; and thus they always take pleasure in telling him what is good, and sometimes in such terms as make it appear to be greater than it is rather than less, desiring that he may think them to be good, when it would be greater humility in them, as we shall say, to depreciate it, and to desire that neither he nor anyone else should consider them of account.

Some of these beginners, too, make little of their faults, and at other times become over-sad when they see themselves fall into them, thinking themselves to have been saints already; and thus they become angry and impatient with themselves, which is another imperfection. Often they beseech God, with great yearnings, that He will take from them their imperfections and faults, but they do this that they may find themselves at peace, and may not be troubled by them, rather than for God’s sake; not realizing that, if He should take their imperfections from them, they would probably become prouder and more presumptuous still. They dislike praising others and love to be praised themselves; sometimes they seek out such praise.”