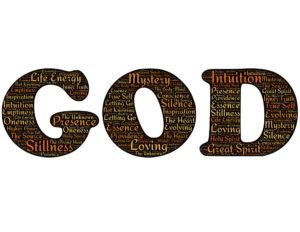 I write, and therefore I am. As the writer, let me first introduce or re-introduce myself. I am a follower of Jesus, I was a follower of Sri Sri Ravi Shankar (Guruji) who I still regard as the greatest man alive today and I am blessed by other teachers such as Rumi. Guruji once said the teacher is the frame through which the divine light shines most clearly (for you). This is something that East Indian culture has understood all along – that each person has a teacher that someday they will meet. Psychologically speaking, I would say we are wired uniquely and we all connect/love uniquely, including not only who we fall in love with but also how we connect to God/divine/nature or however we can frame the more that gave birth to us, holds us, and receives us back when our short life here winks out.

Once upon a time, in small hunter-gather cultures, shamans were the connection point for their people. Shamans typically had had a near death experience and so were more comfortable with the spirit world than the rest of their people. They were the healers and visionaries who provided guidance and comfort for their people.

With the evolution of agrarian cultures, people became more settled and prosperous, although also harder working, and thus there were the resources to build temples and have priests that through their rituals and prayers were the connecting points to the God of the tribe, often conceived of as the creator. Fertility of the fields, animals and people was now a major concern along with providing direction and healing.

With the evolution of what we call civilization, as in empires with large armies and big religion, the priests oversaw the formal religion, blessed state functions, even organized worship of the emperors as Gods. With the advent of civilization came the teachers who were able to simply focus on their own enlightenment and the enlightenment of their followers. Jesus was such a teacher and his disciples, following in his footsteps, continued to recruit disciples, who grew into holiness/enlightenment/sanctification and recruited disciples and so grew Christianity. It got an amazing kick-start after Jesus’ resurrection and ascension with thousands of new disciples added the day that the Holy Spirit was poured out on the 120 disciples awaiting Jesus’ promise from their heavenly father. Hinduism, Buddhism and Islam… all began with teachers and disciples in very different contexts but with civilization as the necessary backdrop. Today we have shamans, teachers and priests of many religions all offering their wares in what one sociologist called the “psycho-therapeutic marketplace” and which I would relabel, the “psycho-spiritual marketplace” because in today’s syncretism, everyone has a mix of psychology and spiritual traditions in their teaching.
My own syncretism includes, being baptized in the Spirit, psychoanalysis, Buddhist psychology, shamanic training, an enlightenment experience after a decade of mediation and yoga, and Rumi the Sufi poet and teacher as translated by Coleman Barks, all sown together in my spirit-led walk with Jesus. When I write I take what is given and sew it together. I get a bible verse daily in my email. The morning I started writing this, it was Psalm 103: 1-2

The psalmist here is encouraging himself with memories of past ecstasies. For once you have been caught up in ecstatic worship, it is natural to say “all my inmost being” praise his holy name. Us charismatic renewalists lived these praise experiences with hands lifted high as we sang in full voice. We literally vibrated with joy, peace and love! These words written some 2,500 years ago still connect with the experiences of people who are amazed by the greatness that loves and protects them – greater than anything created by God, nature or humankind.

Being a caregiver to a dying loved one suffering from Alzheimer’s is certainly a place that can “hurt so hard you can’t hope.” Like the psalmist longing for God in the hopelessness of exile, Rumi advises those overcome with pain to look as long as you can at the divine one you love regardless of the feelings of distance, isolation or alienation.

My Worst Habit
My worst habit is I get so tired of winter
I become a torture to those I’m with.
If you’re not here, nothing grows.
I lack clarity. My words
tangle and knot up.
How to cure bad water? Send it back to the river.
How to cure bad habits? Send me back to you.
When water gets caught in habitual whirlpools,
dig a way out through the bottom
to the ocean. There is a secret medicine
given only to those who hurt so hard
they can’t hope.
The hopers would feel slighted if they knew.
Look as long as you can at the friend you love,
no matter whether that friend is moving away from you
or coming back toward you.

Rumi had found his divine connection through his friend Shams and together they had explored the depths and heights of ecstasy and surrender. But when Shams was taken away from him, this evoked howling grief, a hurt so deep that the only remedy was to look at (remember) his experiences with Shams. This Rumi poem, thousands of years later, echoes the psalmist(s) who encouraged themselves, when overwhelmed with pain, fear or shame to remember God’s great deeds, their own experiences of ecstasy and God’s power as revealed in the wonders of creation.

So as we wander this world, growing ever closer to that which formed us, increasingly becoming the gifts we were created to be, as we go through periods of trouble, of hurt, depression, even hopelessness, let us remember who created us and holds us now, the One in whom we live and move and have our being.