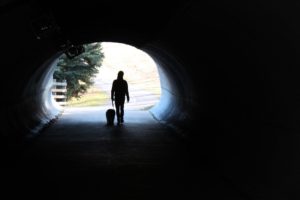 This morning I am feeling keenly again the pain of the outcast at Christmas as I consider the lot of two men close to me who will not be celebrating Christmas with their families because of the estrangement caused by their actions. These actions stemmed from their compulsive responses to the need to flee the unbearable pain inside them. And now that pain has been deepened and magnified by being outcasts. At the same time, I am confronted by the rejection of these men by others close to me, who although really compassionate people, nonetheless are shunning them. I personally know the pain of such estrangement as I have been estranged from my own children for more than a decade. While I am grateful for the new family I have been given, I am sick at heart when I imagine how these men must be feeling, particularly at this time of year. Being an outcast is hard to bear.

According to Wikipedia, an outcast is someone who is rejected or ‘cast out’, as from home or society or in some way excluded, looked down upon or ignored. In common English speech, an outcast may be anyone who does not fit in with normal society, which can then contribute to a sense of isolation (https://g.co/kgs/PYUuux). Outcasts can be a homeless person, a criminal, someone with the “wrong” skin colour or gender or from the wrong tier in society. But then there is also feeling like an outcast – like one does not fit into normal society and so becoming increasingly isolated.

Caregivers can feel like outcasts as their former lives are chipped away by the increasing burden of their responsibilities. Friends, work and meaningful interactions outside the home often fade away as this new caregiver life is difficult to share with former friends. But unlike separated and divorced people who have a variety of singles-oriented activities to choose from, there is little energy left at the end of the day for the caregiver to make new friends who understand and share a similar new life situation.

Followers of Jesus have a complex relationship with outcasts as their choice to follow Jesus is often the result of being an outcast themselves or conversely creates feelings of being an outcast. The more they are drawn to become like Jesus, the more their hearts are burdened with the lot of outcasts. When, as recorded in Luke, Jesus announced his vision, his calling, he literally said that he had been sent to the outcasts of his time and place.

He went to Nazareth where he had been brought up and on the Sabbath day he went into the synagogue, as was his custom. The scroll of the prophet Isaiah was handed to him when he stood up to read. Unrolling it, he found the place where it was written:

“The Spirit of the Lord is on me, because he has anointed me to preach good news to the poor. He has sent me to proclaim freedom for the prisoners and recovery of sight for the blind, to release the oppressed, to proclaim the year of the Lord’s favor.”

Then he rolled up the scroll, gave it back to the attendant and sat down. The eyes of everyone in the synagogue were fastened on him and he began by saying to them “Today this scripture is fulfilled in your hearing.”

There were many messianic prophesies in Isaiah and elsewhere in the Hebrew scriptures, but Jesus chose this one to announce that he was the expected one. And in fact he went around proclaiming that all outcasts could be freed from their chains of social rejection and personal isolation. He went around releasing the demonically oppressed (casting out demons), healing the blind and others with untreatable infirmities. He was truly his heavenly father’s son, a man after his father’s heart.

In his society, the privileged were the men considered to be in God’s favour with families, particularly with sons. They, unlike the women, had been educated. They were the citizens engaged in commerce, politics and religion, again unlike the women, the unclean and the poor. * So Jesus, true to his calling, went around restoring order, treating women with respect and compassion, restoring the unclean and oppressed to full citizenship in God’s kingdom through their healing. He took his meals with outcasts and allowed outcasts full access to him whenever they asked. He upset the social norms of his day – whether they were based in scripture or not. He hung around with the people that good church folk would avoid even today.

Followers of Jesus, in wanting to be like him, hang around with today’s outcasts. In so doing they discover the full humanity of everyone and the reasons they have become outcasts. Through this they feel keenly the pain of being an outcast whether they are one themselves or not. And when in his mercy our heavenly father draws them into the experience of the dark night of the soul, in which they feel outcast from everyone including God, then they truly become outcasts themselves, unable to feel normal and accepted anywhere because of the depth of their personal misery. When they emerge from their dark night of the soul, their hearts will have been deepened, compassion will flow more easily and the eyes of their heart will have been enlightened by just how supported they were despite the depth of their feelings of misery and isolation. In the gathering darkness of December, they too are suffering.

Let us remember that many who have struggled have come before us. They have passed through this darkness back into the light of God’s love, the light of creativity and the light of good health. In this light gratitude begins to come more naturally once again. Pray for all of us who find the darkness overwhelming now and in this season.

* for helpful details on the outcasts of Jesus’ day go to https://www.jesusfilm.org/blog-and-stories/outcasts-jesus-loved.html